by Tre’vell Anderson via latimes.com

Making it in Hollywood is no easy feat, and doing so as a woman is even more difficult. If that woman is black — or Latina or Asian or otherwise nonwhite — the odds just aren’t in her favor. But with the release of “Girls Trip,” four black women — Queen Latifah, Jada Pinkett Smith, Regina Hall and Tiffany Haddish — attempt a takeover of the buddy comedy, possibly the first time black women have led such a picture.

One reason as to why? The number of black women thought to be able to carry a studio-backed film is slim, and there hasn’t been a bona-fide black female comedic superstar since Whoopi Goldberg. We spoke to 18 funny black women about their industry experiences. Below are their thoughts:

While most probably know Tracee Ellis Ross as Rainbow on the hit “black-ish,” others see Joan Clayton of “Girlfriends,” the early 2000s show almost no one would argue about rebooting.

While most probably know Tracee Ellis Ross as Rainbow on the hit “Black-ish,” others see Joan Clayton of “Girlfriends” — the early 2000s show fans would love to see earn the revival or reunion treatment.

Regardless of her career experiences, Ross is just beginning to get her due recognition. In addition to nabbing a Golden Globe earlier this year, she’s earned her second consecutive Emmy nomination. Some might say she has all the makings of a comedic superstar.

But when she takes a moment to ponder other black women who fit the bill she’s forced to think hard.

“Regina Hall … Issa Rae … Jessica Williams,” she said after a moment, “but I shouldn’t have to search to come up with those names. The difficulty is, and I think what happens is, you might see somebody in a role and you’re like, ‘Holy …! She is so funny.’ Then she doesn’t get another opportunity, but she needs those roles because they help you build a career so everybody knows your name and knows what you’re capable of.

“And it’s not just black comedic women. There are, I’m sure, a lot of very funny Asian women and Latina women, and we know some of them, but it’s not because the talent doesn’t exist. The other thing is, the talent exists, but [performers] need the experience to keep getting better and have more depth.”

Ross is encouraged, however, by the likes of Rae.

“I think Issa is a beautiful example of ‘You’re not going to give me any real estate? Fine. I’m going to make it,’” she said. “There is revolution going on.”

How did you settle into comedic acting?

I loved making people laugh when I was younger. It was frowned upon during dinner time but I thought it was hilarious to make my sister laugh. It was often the thing that got me kicked out of class because I was always silly. It was one of the ways my shyness manifested and the way I protected myself and kept people at bay. And I’ve always been a very physical person so when I experience a feeling, I experience it in my entire body.

As I look back, it was a natural progression into the physical comedy and the ways I use my body. In terms of my career, I don’t know that it was a conscious choice that I moved into comedy, but it was an authentic choice. I don’t consider myself funny. I consider myself silly. I just tell the truth and my truth comes out in a way that makes people laugh. My goal isn’t to make people laugh, but I enjoy that exchange.

I think the difficulty for actors of any kind is when you get stuck with what other people assume is who you are. We’re actors and we can do anything.

Who are some of your comedic inspirations?

I was a Carol Burnett, Lucy [Ball], Lily Tomlin type of girl. They were the three women that etched it in for me. I remember looking back and seeing Goldie Hawn in “Private Benjamin.” I was drawn to all of that growing up. Those were the women that defined freedom and courage [for me]. From there so many funny women like Julia Louis-Dreyfus — I don’t even understand [how she does it].

And then Whoopi Goldberg did the Moms Mabley documentary, and I was so grateful that she did that because it really showed me that Moms Mabley is specifically one of the reasons I can do what I do. She carved something out and did something so consciously that allows me to be a black woman in comedy. 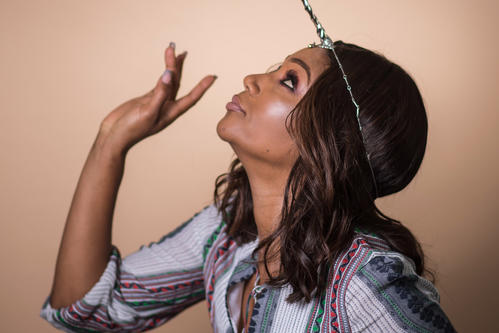 Tiffany Haddish is legitimately having a moment. As a star of “Girls Trip,” opposite industry vets Queen Latifah, Jada Pinkett Smith and Regina Hall. Based on her performance, and with an upcoming Showtime comedy special, she’s on her way to household-name status.

But what else would you expect from “the last black unicorn?”

How did you get into comedy?

My social worker. [laughs] I was living in South Central L.A. and was being bused to Woodland Hills. I was getting in trouble because I was not sure how to make friends. So I made this imaginary friend up because I thought I was at the Nickelodeon Awards — I had never been around this many white people. I thought I was at the Nickelodeon Awards every day so I thought I needed to be all creative and entertaining because I thought white people lived in TV — my concept of people was really messed up.

I remember going to court and seeing the judge. I thought he was the judge from “People’s Court.” [laughs] By the time I got to 10th grade, it was bothering my social worker that she was getting called to the school every week. I was getting sent to the dean’s office for being racist because I had this bird named Cracker. It was this imaginary bird, and I would be like, “Cracker want a Polly?” And I would take actual crackers and break them up on my shoulder. Kids would laugh and stuff. We’d be taking a test and I would be like, “What’s the answer to number seven Cracker?” And they’d be like, “Go to the dean’s office!”

So my social worker was like, “You have two choices this time. You can go to Laugh Factory Academy Camp or you can go to psychiatric therapy. Which one you want to do this summer?” I was like, “Which one got drugs?” and I went to comedy camp. It was the first time a man ever told me I was beautiful and I didn’t feel like I was going to be hurt in some kind of way. They taught me confidence, communication skills, how to write, how to have stage presence. 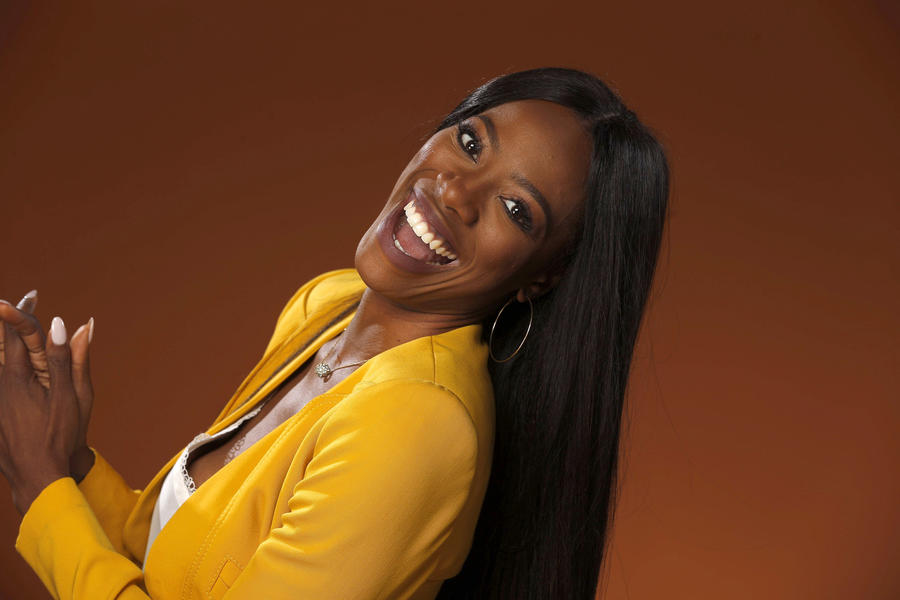 Yvonne Orji is a woman on a mission, to bring the immigrant struggle to the mainstream. She does so through her comedy set and wants to do it through an original sitcom titled “First Gen” about being Nigerian in America.

How did you get into comedy?

I entered the Miss Nigeria in America pageant — yes, it’s a thing that existed. This was when I was getting my masters. I had a dress, knew how to walk and was smart, so I could answer a final question, but I did not have a talent. And the last thing I remembered playing on the piano was “Mary Had a Little Lamb” and that wasn’t gonna win me no pageant. So I got down on my knees and prayed like, “God. I just took out a Macy’s credit card to get this dress. I need a talent.” And it was my first [credit card], so I was like, “What is credit?” I spent $200 on this dress, so I left the tag on and took it back, because that is what you do when you’re a broke college student.

And then loud as day I heard the Holy Spirit say: “Do comedy.” I was like “You better stop playing. This is Yvonne that’s talking to you, the daughter that’s not the comedian.”

And when God starts asking you rhetorical questions, you know what’s up. Then I was like I’m either going to trust him or I’m not. I just started writing what’s funny about being Nigerian in America. Before I knew it, I had five minutes of stuff my mom or dad would say, and people were laughing [at the pageant]. After that, people wanted to know if I did weddings. I then started doing paid corporate shows and because I was clean, I was getting a lot of work. 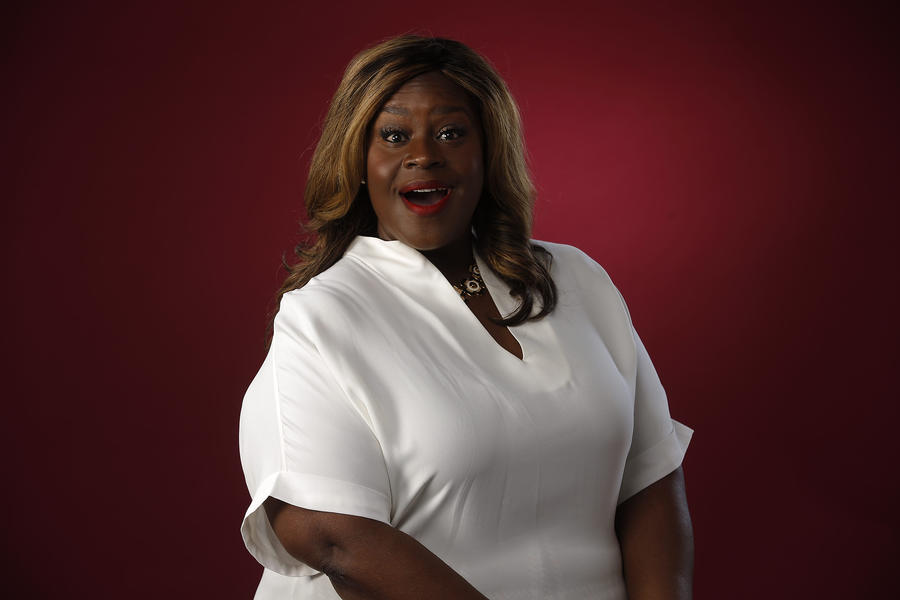 Not many comedians are known by one name, but when that name is something as unique as Retta, who needs a surname?

After nearly 20 years in the industry, one thing still gets on her nerves: “Nothing makes me crazier than when people call me ‘sassy.’”

“I feel like that’s all they’ve ever heard regarding a black woman on camera, particularly in comedy, so that’s their go-to description, but I rather you say I was a smartass than sassy.”

How did you get your start in comedy?

I was doing chemistry in Research Triangle Park in North Carolina. It was the first time I’d lived alone and I had an epiphany while I was spending a lot of time watching TV and decided I wanted try acting. I particularly liked sitcoms and had seen so many comedians with their own sitcoms, so that’s why I started doing stand-up and open mikes in Raleigh, N.C., at Goodnights Comedy Club. After a year, I packed up my place and drove cross country to go all in on stand-up. I ended up getting an agent who books college gigs. I was on the road a lot and booking a lot but not in town acting, doing what I wanted to do. As things slowed down, I ended up doing Comedy Central’s first stand-up competition and won. That started people knowing my name and calling me in for stuff.

Who are some of your comedic inspirations?

I started when Chris Rock did “Bigger & Blacker.” I used to watch that before I went onstage as inspiration to get hype, but I noticed I started taking on his cadence and talking like him. I was also doing the New York-style comedy thing, which was angry and annoyed. I was creating a persona instead of trying to embrace my own. So, I stopped listening to his comedy right before I went onstage and finally figured out my thing.

To read more from Retta, go to: http://www.latimes.com/entertainment/la-ca-black-women-comedy-retta-20170720-htmlstory.html

To read full article, go to: Black while funny and female: 18 comedic actresses on working in Hollywood – Los Angeles Times

One thought on “Black While Funny and Female: Comedic Actresses Speak on Working in Hollywood”

GBN Video of the Week: “Toosie Slide” by Drake

Husband and wife restauranteurs Chana and Jonny Rhodes open grocery store @broham_groceries in Houston to service those in designated food desert area Trinity Gardens (📷 by Jennifer Duncan) #houston #indigo #covid19 #pandemic #communitylove
#studentsdeserve are speaking about the Los Angeles Unified School District, but their list should apply nationwide! #youthonthefrontlines #studentrights #publiceducation #protectourchildren
Rest in Power, Bill Withers, and thank you for soul classics such as “Lovely Day,” “Ain’t No Sunshine,” “Use Me,” and “Lean On Me” to name a few. Much love and light to you on your next phase! #billwithers #musicallegend #soul
Born on this Day in 1949: Influential Musician and Poet Gil Scott-Heron #musicalheroes #flautists #therevolutionwillnotbetelevised #whiteyonthemoon #piecesofaman