In the ongoing quest to reinvent the police procedural, NBC has revamped the 1967-75 hit “Ironside.” The original starred Raymond Burr as a San Francisco cop paralyzed by a sniper’s bullet and confined to a wheelchair, thus forced to solve crimes using his wits. This time around, the action moves to New York City and Blair Underwood takes the chair.

“If he were white, we would call that spirit.”

Whether or not Branch Rickey, the Brooklyn Dodgers President and General Manager, ever said this about Jackie Robinson in response to those who thought he might be trouble for major league baseball because of being court-martialed for refusing to move to the back of an Army bus, doesn’t matter.  What does is that Rickey’s (gamely played by Harrison Ford) matter-of-fact delivery of that line sums up not only the heart of the movie, but the heart of the double standard commonly applied to systemically oppressed people who refuse to comply with their own dehumanization.

Although based on actual events as Jackie Robinson integrated major league baseball, spirit is ultimately what the biopic “42” is about – fighting for unequivocal truths to come to light, and to stir the best within us all regardless of race, color or religion by leveling the playing field and by just straight up playing ball.

“Lincoln Heights” actor Chadwick Boseman, in his first major film role, does a commendable job bringing sports legend and civil rights icon Jackie Robinson to life.  Boseman has an athletic grace and physicality that conveys the intelligence and scrappiness of Robinson’s game, but his performance shines most when he silently conveys Robinson’s struggle to hold himself in check when he is verbally and physically assaulted on and off the field.  At one point in the film, Robinson’s baseball prowess is remarked on as “superhuman,” but after seeing all he endured off the field in “42,” his ability to stay calm and focussed in the midst of a sea change in American sports and culture was arguably his most compelling power.

Writer/director Brian Helgeland wisely starts the film with a black reporter chronicling Robinson’s achievements (later revealed to be Wendell Smith of the Pittsburgh Courier, a well-known black newspaper of that era; Smith was assigned to cover Robinson’s journey), setting the stage by introducing and narrating America’s still racially tense post-war years.  By framing this film about a black hero through the eyes and words of a black reporter shows Helgeland, who wrote the acclaimed “L.A. Confidential” and “Mystic River,” understands how deeply this movie is about a watershed moment in African-American history as much as it is about one extraordinary man.  It needs to be told as “our story,” so by making Smith (played with quiet strength by Andre Howard) a guide, witness, admirer, and beneficiary of Jackie Robinson’s accomplishments, the core audience of “42” is able to hold the same positions while watching the story unfold.

END_OF_DOCUMENT_TOKEN_TO_BE_REPLACED 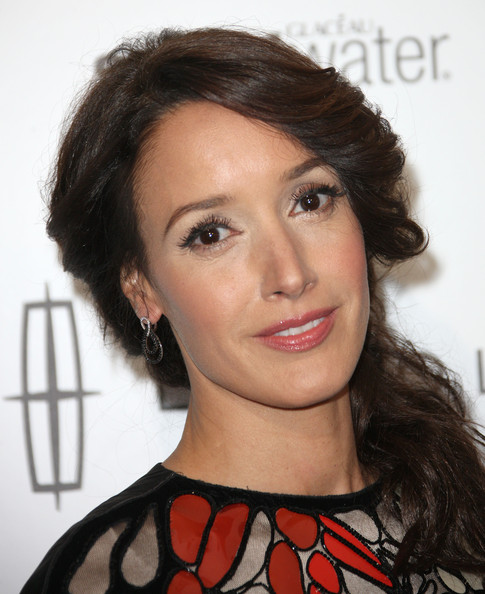 ABC will see an “L Word” reunion on its new Romeo & Juliet-esque drama pilot “Venice.” The Showtime series’ star Jennifer Beals has signed on for a lead, while creator/executive producer Ilene Chaiken has come on board as executive producer/showrunner, according to Deadline.

“Venice” is a soap about the haves and the have-nots of California’s most seductive city, Venice. It focuses on two rival families and a forbidden and dangerous romance emerging between them as they battle for control of Venice.  Beals will play Lisa Carver, the elegant bohemian matriarch of the Carver family, one of the two feuding clans. McG is directing the pilot. 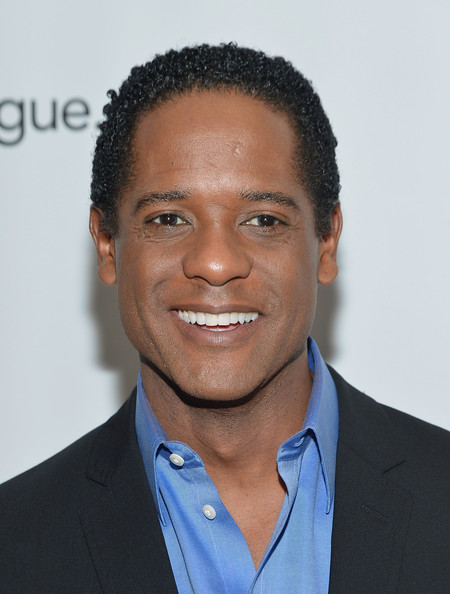 NBC has given a pilot order to a reboot of the 1967 detective drama “Ironside” to star Blair Underwood, reports Deadline.com.

The new version, written by Mike Caleo and produced by Universal TV, centers on a tough, sexy and acerbic police detective (Underwood) relegated to a wheelchair after a shooting who is hardly limited by his disability as he pushes and prods his hand-picked team to solve the most difficult cases in the city.

According to Deadline, NBC’s pickup hinged on Underwood playing the lead. The “LA Law” alum’s casting stems from a development/talent holding deal he signed with Universal TV in August. The actor recently starred in A Streetcar Named Desire on Broadway and his series credits also include NBC’s “The Event.”

The original “Ironside” series, from Universal TV, ran on NBC from 1967 to 1975 with Raymond Burr as the paralyzed Chief of Detectives. The show’s opening, seen below, featured theme music by Quincy Jones.

Continuing to deliver its best-ever lead-in retention out of an original Grey’s Anatomy (90%), ABC’s Scandal dominated CBS’ Elementary in Adults 18-49 (+17%) to finish as the #1 program in Thursday’s 10pm hour for its 3rd straight original broadcast. Surging over its winter finale on 12/13/12 in Total Viewers (+18%) and Adults 18-49 (+17%), Scandal delivered new series highs across the board, including viewers and all key Adult demos (AD18-34/AD18-49/AD25-54). Furthermore, the ABC sophomore drama improved by double digits over an original Private Practice in the hour on the year ago night in viewers (+29%) and young adults (+22%).

item by Tambay A. Obenson via blogs.indiewire.com

Academy Award nominated actress Angela Bassett is set to star and co-executive produce a new legal drama on NBC titled Vanishing Point.  According to Deadline, NBC closed a deal for the show that was penned by Source Code writer, Ben Ripley, who will executive produce the drama that is produce by SONY TV alongside SONY TV-based producers Deborah Spera and Maria Grasso.

END_OF_DOCUMENT_TOKEN_TO_BE_REPLACED

Shonda Rhimes and her producing partner Betsy Beers, have teamed up with David DiGilo for a sci-fi drama/thriller at ABC titled Mila 2.0, an adaptation of a yet-to-be-released novel by Debra Driza of the same name.  Mila 2.0 is the first book in a what will be a series of novels about a teenage girl who discovers that she is an experiment in artificial intelligence.

It’s being described as a Bourne Identity–style trilogy with action, with a riveting exploration of what it really means to be human. DiGilio will pen the script and executive produce alongside Rhimes and Beers.

Rhimes also has I Hate L.A. Dudes, with Issa Rae, and The Mix with writer John Hoffman – both currently set up at ABC; and the FBI drama Under the Gun, with writer Peter Nowalk for NBC. All in addition to Grey’s Anatomy, Scandal and Private Practice, all on ABC already, although Private is in its final season.

article by Courtney via blogs.indiewire.com

On the surface the production that commandeered a few dormant rooms at the Coler-Goldwater Specialty Hospital on Roosevelt Island this year resembled many other low-budget film projects in New York City. Crew members were each handling multiple jobs. Those from out of town were spending their short nights on friends’ couches. The catering consisted of a box of Dunkin’ Donuts and a carton of coffee, both empty by late morning.

But despite the production’s humble appearance there was a lot riding on it. Its director and producer, Tony Abulu, and his financial backers say the film, “Doctor Bello,” has the potential to chart a new direction for the booming Nigerian film industry half a world away.

That industry, known as Nollywood, is perhaps the world’s third-largest filmmaking industry in revenues, producing more than 1,000 titles every year. But the industry is known for churning out slapdash films with feeble story lines, amateurish acting and sloppy production values. Nearly all go straight to video and are soon forgotten. END_OF_DOCUMENT_TOKEN_TO_BE_REPLACED

Nicole Ari Parker has been cast as a lead in the NBC drama pilot for the thriller, The Secret Lives Of Husbands And Wives, which centers on “a murder and the secrets and lies within a tightly woven group of three suburban couples and their families exposed in its aftermath,” says Deadline. END_OF_DOCUMENT_TOKEN_TO_BE_REPLACED