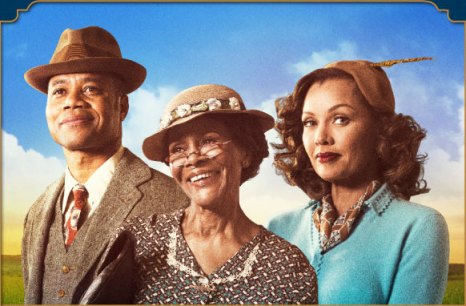 The new Broadway production of Horton Foote’s “The Trip to Bountiful,” featuring Emmy-winning stage and screen star Cicely Tyson, has extended its run at the Stephen Sondheim Theatre.  The production, which officially opened April 23, had been scheduled for a 14-week limited engagement through July 7. It has now extended an additional eight weeks and will continue through Sept. 1.  “Bountiful” was recently nominated for four Tony Awards, including Best Actress in a Play (Tyson), Best Featured Actress in a Play (Condola Rashad), Best Sound Design for a Play (John Gromada) and Best Revival of a Play.

View some behind-the-scenes vignettes below: