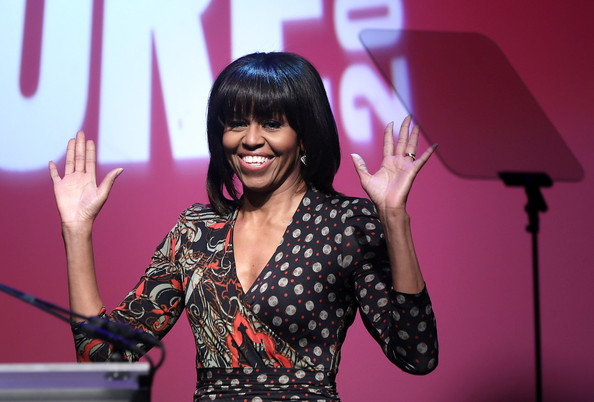 Our first lady has just scored another first.  Michelle Obama has topped the first ever best dressed list from UK’s Sunday Times newspaper, with editors commending her for using fashion as a “force for good.”  The Sunday Times Style magazine described Michelle, 49, as “understanding that, as her primary role as first lady is visual, fashion can be a force for good used to inspire and entertain.”