Skip to content
article by J’na Jefferson via vibe.com

“The Daily Show” host Trevor Noah will sit-down with President Barack Obama, and their “in-depth” discussion will air on Monday, Dec. 12 on multiple channels such as Comedy Central, MTV and BET.

The interview, which will take place in the White House, will not be the President’s first time on the Comedy Central show. He was interviewed by former host Jon Stewart on the program seven times. He’s also no stranger to the late-night circuit, as he’s appeared on “The Tonight Show” with both Jay Leno and Jimmy Fallon, “The Colbert Report,” “The Late Show With David Letterman” and “Jimmy Kimmel Live!”

article by EURweb via blackamericaweb.com

“We want to do a big, brave thing to celebrate movies,” the show’s executive producer Casey Patterson says of filming across the backlot. “We love Kevin and Dwayne for doing big, risky, bold things. Most award shows play it safe. They’re the right guys to take big swings.”

“It’s an honor to be hosting the ‘MTV Movie Awards’ with a guy who’s not only one of the funniest guys on the planet, but who’s often mistaken as my twin, Kevin Hart,” said Johnson. “We live for our fans and promise to make this an epic, historic unforgettable night for them.”

Hart commented, “I love hosting — it’s my thing. Dwayne and I are the perfect team for the epic 25th anniversary show. It’s going to go down.”

According to Variety.com, MTV has ordered a new unscripted series, “Todrick,” which takes a docu-style look at the elaborate performance videos crafted by YouTube star Todrick Hall.

“Todrick” revolves around the lives of Hall (pictured) and the troupe that helps him choreograph and stage his weekly musical efforts.  The half-hour series has an eight-episode order and is on target to debut next year. 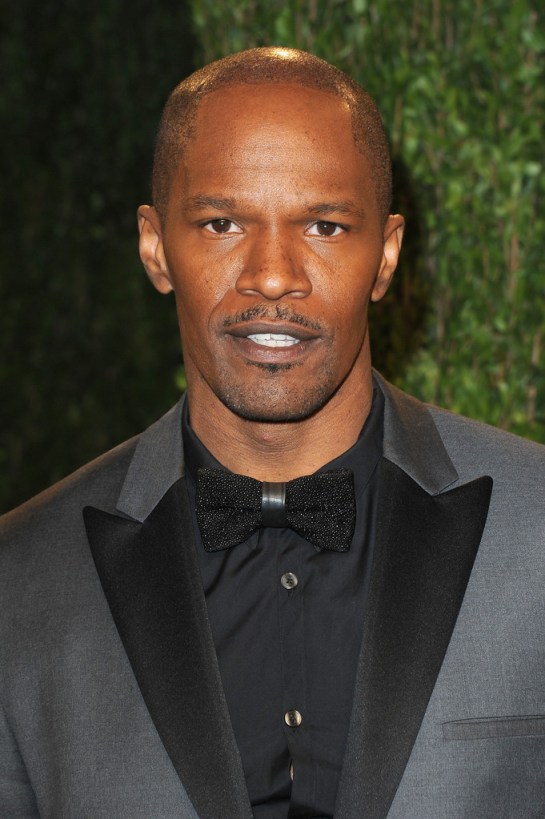 Jamie Foxx will get some special love during this weekend’s MTV Movie Awards.  The actor, who won an Academy Award for 2004′s “Ray,” will be honored with the “MTV Generation Award” at Sunday’s event. The trophy acknowledges an actor who captivates the network’s audience. Past recipients include Reese Witherspoon, Johnny Depp, Tom Cruise and Sandra Bullock.

“As a comedian, Academy award-winning actor and Grammy award-winning artist, Jamie Foxx is a triple threat superstar unlike any we’ve seen in a long time,” said MTV President Stephen Friedman in a statement. “Jamie has captivated audiences for nearly two decades with a dizzying array of memorable performances, and we couldn’t be more excited to celebrate him at this year’s Movie Awards.”

Foxx will next be seen on the big screen opposite Channing Tatum in the action thriller “White House Down,” which hits theaters June 28.  Actress Rebel Wilson is host of the ceremony, which will air live on the East Coast at 9 p.m. on Sunday via MTV. The broadcast will be tape-delayed for the West Coast.