article by Corey Kilgannon via nytimes.com

While a soulful organist welcomed church congregants last Sunday, the Rev. Nathaniel Dixon stood in his office in a natty pinstriped suit, looking more like a hip jazz musician about to hit the bandstand than a pastor preparing to take the pulpit.His office, in St. Stephen’s United Methodist Church in the Marble Hill section of Manhattan, bore signs of both Jesus and jazz. Its walls had framed photographs of Duke Ellington and Billie Holiday, and religious literature shared space with saxophones, keyboards and guitars.

After pulling on his white pastor’s robe, Mr. Dixon grabbed a box of saxophone reeds and his microphone.“ Edmar, let’s bring that tenor down, man,” he said to his assistant, Edmar Flores, who carried Mr. Dixon’s tenor saxophone to the sanctuary. As the service heated up, with his band backing him, Mr. Dixon picked up his horn and played from the pulpit.“My Lord, my God — you are my savior,” he sang, his voice swelling up to the church’s majestic rafters. Then he took up his saxophone.

The pastor’s playing style was spare and insistent, reminiscent of one of John Coltrane’s spiritual songs. “People who aren’t used to seeing a preacher playing the saxophone are surprised,” he said. “And when they see I can actually play, they’re more surprised.” As a young jazz musician, Mr. Dixon was seasoned in Harlem clubs, and played with the likes of the guitarist George Benson, the saxophonist Sam Rivers, the pianist Kenny Kirkland and the drummer Chico Hamilton.

Back then, he played bebop. Today, it is mostly GoJa, his name for a blend of gospel and jazz that swings with a spiritually uplifting message.Mr. Dixon said he tried to match one of his songs to his sermon every Sunday. Last Sunday, it was his composition “My Lord, My God,” a lyrical ode that recalls the spiritual style of the saxophonist Pharoah Sanders. The tune helped illustrate a point he was making about the Apostle Thomas’s reaction when called upon by Jesus.“I like Jesus because he calls you out,” Mr. Dixon said, before describing Thomas’s recognition of Jesus as his “eternal God.”“Somebody ought to clap right there,” he told the spare congregation, which included older women in ornate hats and ushers in white outfits.Applause went up and seemed to mingle with the morning sunlight filtering through the stained glass windows.

During the song, Mr. Dixon pointed to members of the band, directing each to perform a solo, then adding through the microphone, “Give the drummer some.”He told the congregation he wrote “My Lord, My God” while sitting in the church alone, “just me and the Lord.”“I like to doodle on the piano,” he said. “That’s where you get a chance to hear God speaking to you.”Mr. Dixon said he grew up in public housing in the Bronx and attended the High School of Music and Art in Manhattan. Struggling to land and keep gigs at jazz clubs in Harlem, like Smalls Paradise and Showman’s, taught him how to fend off other musicians looking to replace him.

“Just because Jesus said to turn the other cheek doesn’t mean you have to let people walk all over you,” he said.The saxophonist Stanley Turrentine taught him to play with no excuses, and the alto player Lou Donaldson helped him choose a better mouthpiece. Connecting with a jazz club audience helped prepare him to connect with a congregation, said Mr. Dixon, who worked nearly 30 years as a teacher and administrator in New York City public schools. At one middle school in the Bronx, he was allowed to keep a cot so he could head there after late-night gigs, he said.

Before retiring from teaching in 2005, he began studying for his ordination as a Methodist minister. He told the congregation on Sunday that he was “happy minding my own business, but God said, ‘I ain’t finished with you yet.’”His latest CD, “Made in New York City: Nat Dixon and Friends,” includes a version of “My Lord, My God,” with vocals by the Rev. Lori Hartman, daughter of the jazz singer Johnny Hartman and herself a pastor, at St. Paul United Methodist Church in Jamaica, Queens.

The New York Police Department must disclose documents and video revealing surveillance of Black Lives Matter protestors at Grand Central Terminal in 2014 and 2015, a judge has ruled. The case, brought by protester James Logue, challenged the NYPD’s denial of a Freedom of Information Law request for information on its monitoring of rallies following the police killings of Eric Garner in Staten Island and Michael Brown in Ferguson, Mo.

Logue decided to file the request after suspecting that police were “compiling dossiers” on individuals at the peaceful protest, his attorney David Thompson said. The NYPD had argued that revealing its tactics would interfere with law enforcement work. But Manhattan Supreme Court Justice Manuel Mendez ruled the NYPD could not decline to comply with the law on such “overly broad” grounds.

NYPD authorities “make blanket assertions and fail to particularize or distinguish their surveillance or undercover techniques and records,” Mendez wrote, adding that the department had failed to show why the use of redactions could not protect ongoing investigative work.

The judge noted that the MTA and Metro-North, which also monitored the rallies, responded to Logue’s FOIL request with some paperwork. Mendez ordered the NYPD to comply with Logue’s request within 30 days. He signed the ruling last Monday, though it was made public Wednesday.

Tens of thousands of protesters streamed out of New York City’s Washington Square Park on Saturday to protest the killings of unarmed black people by police officers, as part of the “Millions March NYC.”

The crowd began to wind its way through Manhattan. A large labor union contingent was present, including members of the Communications Workers of America wearing red shirts and AFL-CIO supporters waving blue signs.

In contrast to other marches over the past weeks, this large, orderly demonstration took place during the day. A number of families with children took part, and demonstrators followed a pre-planned route. The march made its way uptown to Herald Square, then looped back downtown, with thunderous chants of “Hands up! Don’t shoot!” and “Justice! Now!” echoing down Broadway. The demonstration culminated at One Police Plaza, the New York City Police Department’s Lower Manhattan headquarters.

Organizers estimated that 30,000 demonstrators participated in the march. The NYPD told The Huffington Post that, as of the official end of the march, no arrests had been made.

Protesters held up 8 panels depicting Eric Garner’s eyes, created by an artist known as JR. “The eyes were chosen as the most important part of the face,” said Tony Herbas of Bushwick, an assistant to the artist.

Ron Davis, whose son Jordan was shot dead by a man in Florida after an argument over loud music, was at the head of the march.

“We have to make everybody accountable,” Davis told HuffPost. “You can’t continue to see videos of chokeholds, videos of kids getting shot in the back, and say it’s all right. We have to make sure we have an independent investigator investigate these crimes that police carry out.”

Michael Dunn, the man who killed Jordan, was convicted of first-degree murder and sentenced to life without parole in October. Davis said Saturday that Dunn’s conviction proves it’s possible that justice can be served in racially charged cases.

“We ended up getting a historic movement in Jacksonville,” Davis said. “We had an almost all-white jury, with seven white men, convict a white man for shooting down an unarmed boy of color.”

Matthew Brown, a 19-year-old who is African-American and Hispanic, marched down Broadway with his mother, aunt and other family members.

“I’m trying to support a movement that really needs young people like myself,” said Brown. “I’m here to speak for Mike Brown.”

The teenager said part of his motivation for making the trek from West Orange, New Jersey, with his family was his own personal experience. He’s encountered racist verbal abuse from police in Jersey City, he said, who have called him “spic” and monkey.”

Citing the cases of Michael Brown, Eric Garner and Tamir Rice, Brown said part of the reason he wanted to speak out was because of the way police represent encounters with African-Americans. “I just see so many lies after lies.”

He also attended the People’s Climate March in September. But this march felt more intense to him. “This is one that’s really affecting people on a deep, emotional level,” Brown said.

END_OF_DOCUMENT_TOKEN_TO_BE_REPLACED

The beautiful New York City brownstone once an incubator for “Bitches Brew,” breathed an “Essence of Miles.”

What took place was a commemoration of Miles Davis through the installation of a “cultural medallion” on the brownstone at 312 West 77 Street, Manhattan.  Barbaralee Diamonstein-Spielvogel, Chairperson of the Historic Landmarks Preservation Center opened the dedication where all hands were on deck.

Old friends and family spoke at the event.  Author-Biographer Quincy Troupe followed reading excerpts from his works describing Miles.  Next up was composer/ arranger son of Jimmy Heath, Mtume, who expressed his experiences with the “genius.” Others who spoke were Lee Konitz, Gary Bartz, Wallace Roney, Phil Schaap, George Coleman and Miles’ nephew from Los Angeles drummer Vince Wilburn, Jr.  Also present were Bill Saxton owner of Harlem’s Bill’s Place, Noah Evans son of arranger Gil Evans, Juini Booth bassist for Thelonious Monk and SunRa plus Sandra Trim-DaCosta (former Director of Marketing, Columbia Records/SONY Music) who worked closely with Miles for several years, after being assigned by the late legendary music industry executive Dr. George Butler (former Sr. Vice President, A&R, Columbia Records) to develop the overall marketing campaign for Miles and his recordings for the label … Dr. Butler played a significant role in the jazz icon’s return to the music scene and we are forever grateful to him for his tenacity and vision for Miles.

Of course, music filled the air and that was provided by Wallace Roney on trumpet, Gary Bartz on alto sax with Monty Alexander on keys.  They performed a swinging version of Miles’ infamous “If I Were a Bell” a tune often used on the seventies hit The Cosby Show whenever a doorbell was written into the script. The trio was backed by the Advanced Jazz Combo at Harlem School of the Arts a brilliant young quartet with Matthew Whitaker on keys, Frank Rankin on Guitar, Dominic Gervais on drums and Oren Maximov on bass under the directorship of D.D. Jackson.  An elegant set was provided by these young men prior to the event. All those present knew, contrary to popular belief, on this day… “Miles Smiles.” 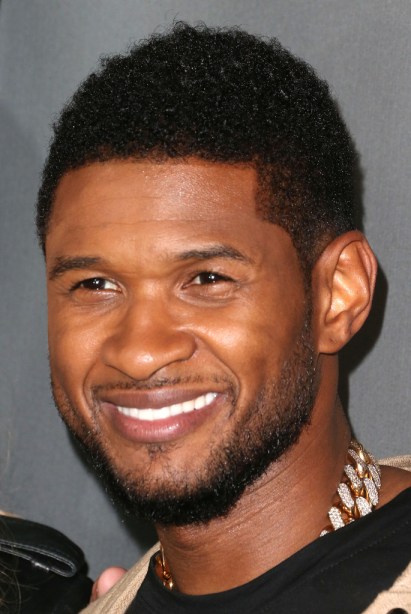 Usher will collaborate with Macy’s to curate the concept, music and design for the Macy’s 4th of July fireworks show, which will be launched from barges off Manhattan.

It’s the first time the company has worked with an artist on the concept for its annual show, Macy’s said Thursday.

Usher will score the music for “It Begins With a Spark,” which will feature his songs, as well as songs from Rihanna, Swedish House Mafia, Jimi Hendrix and Frank Sinatra.

He will also provide visual design cues and direction for the pyrotechnics that are choreographed to the musical score.

The 37th annual Macy’s 4th of July Fireworks display will air after the annual concert on NBC.

The legendary Dance Theatre of Harlem Company is back after an eight-year hiatus and they are in top form. Almost a decade of re-organization, leadership building and increased fundraising efforts culminated into a dazzling preview performance in Manhattan at El Museo del Barrio. END_OF_DOCUMENT_TOKEN_TO_BE_REPLACED