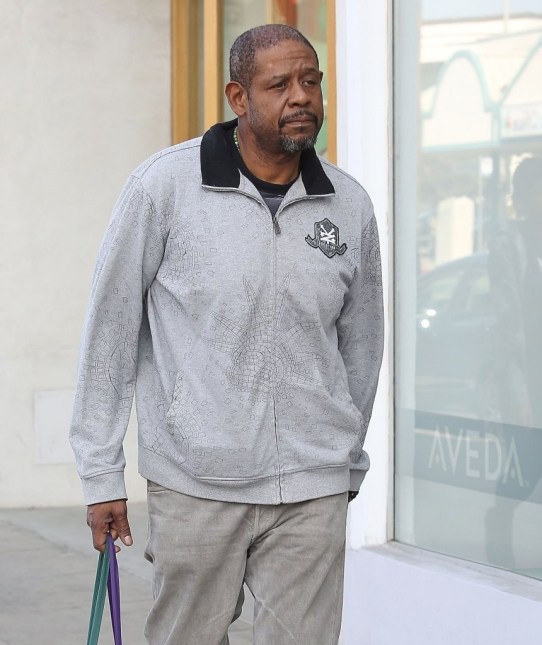 The long-gestating Richard Pryor biopic is starting over from scratch with Forest Whitaker now in charge.

Fresh from producing the Sundance Grand Jury Prize and Audience Award winner “Fruitvale,” Whitaker has taken over the nearly two-decade effort to bring the legendary comic’s life of the big screen, reports Deadline.com.

The Pryor biopic has been attempted numerous times, and the most recent version had Bill Condon poised to direct Marlon Wayans in the starring role for Sony Pictures, where Adam Sandler’s Happy Madison had set the project. Condon was certainly passionate about Pryor, but everything took a back seat when he signed on to helm the final two “Twilight Saga” installments. The project languished.

The first Pryor project was a Martin Scorsese-directed drama to star Damon Wayans, this well before Pryor died in 2005. Later, there was a Showtime pic that was to star Eddie Griffin and another attempt at a feature that was to star Mike Epps with Kasi Lemmons directing.

Condon’s first flirtation had Eddie Murphy briefly interested, and then Chris Rock was briefly in the conversation.

The question now is, who will be Whitaker’s Richard Pryor?  Deadline.com’s Mike Fleming Jr. thinks he should look no further than his “Fruitvale” star, Michael B. Jordan, “who by all accounts crushed it in that film.”

Fleming writes: “Jordan, who grew up playing roles in ‘The Wire’ and ‘Friday Night Lights’ before starring in ‘Chronicle,’ certainly has the charisma and should be established enough as the lead on a modestly budgeted film after The Weinstein Company releases ‘Fruitvale’ later this year.”

Denzel Washington in a scene from ‘Safe House’

According to Quigley Publishing Company’s 81st Annual Poll of Motion Picture Exhibitors, actor Denzel Washington was voted the top money-making star in 2012.  He’s been on the poll seven other times but this is the first time he was crowned winner.

The only woman in the Top Ten this year, Anne Hathaway, placed second with her roles in “Les Miserables” and as Catwoman in “The Dark Knight Rises.” Hugh Jackman and Mark Wahlberg , both with their initial Poll appearance, were third and fourth respectively.

Jackman was in “Les Miserables” and a voice talent in “Rise of the Guardians” and Wahlberg scored with “Contraband” and in the sleeper hit of the year, “Ted.” Johnny Depp was in “Dark Shadows” and had an uncredited role in “21 Jump Street,” but still managed a fifth this year. He has been in the Top Ten eight times, with wins in 2010, 2007 and 2006.

According to the report, exhibitors collectively decided Denzel was responsible for movie traffic in 2012, based on his performances in “Flight” and “Safe House.”  He’s the fourth African American to win the poll and joins the ranks of Sidney Poitier (1968), Eddie Murphy (1987) and Will Smith (2005).

The revival of “Beverly Hills Cop,” which landed at CBS Tuesday with a pilot production order and hefty penalty if not picked up to series, started with talk last fall between Eddie Murphy and Brett Ratner of doing a fourth installment of Paramount’s action-comedy franchise.

Murphy and Ratner had finished working on “Tower Heist” earlier in the year and were preparing to team up for the Oscars (though that was not to be for either man). But even before “Tower Heist” opened to underwhelming B.O., Murphy had reservations about bringing his Axel Foley character back to the big screen. He did, however, think it could work as a TV series if the storyline centered around the character’s son, also on the Beverly Hills police beat.

As Murphy’s reps at WME helped him shape the concept, they suggested a range of comedy writers to execute the next-generation concept. But Murphy’s focus was very clear: He didn’t want a comedy writer, he wanted a seasoned cop writer. Enter Shawn Ryan, creator of “The Shield” and one of TV’s most sought-after showrunners.

Ryan pounced on the idea within minutes of being pitched the idea on the phone by his WME rep, and he and Murphy clicked at their first lunch meeting.